Support Announcement for our BOSTON BLOWOUT shows in MARCH !!

On Friday March 13 at Encore Boston Harbor we’ll have LARS FROM RANCID doing a special acoustic set of Rancid, The Bastards, and more… PLUS GLEN MATLOCK FROM SEX PISTOLS will do an acoustic set to kick off our first ever show IN THE ROUND !!

The SOLD OUT Matinee show at HOB Boston on Saturday March 14 will have THE OLD FIRM CASUALS (Lars’ other band) opening up the show.

Sunday March 15 at HOB Boston will also have THE OLD FIRM CASUALS – and opening the night will be KNEECAP from Belfast (Republican Hip Hop with a sense of humor).

Monday March 16 at the new Boston venue Big Night Live adjacent to the TD Garden THE OLD FIRM CASUALS and our friend LENNY LASHLEY FROM DARKBUSTER will be the first of three.

That night is also the BRUINS IRISH AMERICAN NIGHT, and the 50/50 Raffle at the Garden will be benefiting our charity THE CLADDAGH FUND. Our show starts after the game… so it’s a good excuse to make a full night of it.

Our SOLD OUT ST. PATRICK’S DAY show at HOB Boston will have DARKBUSTER on as direct, and JIM WEEKS BAND opening up the show.

Find ticket links on our TOUR PAGE – see you in BOSTON THIS MARCH !! 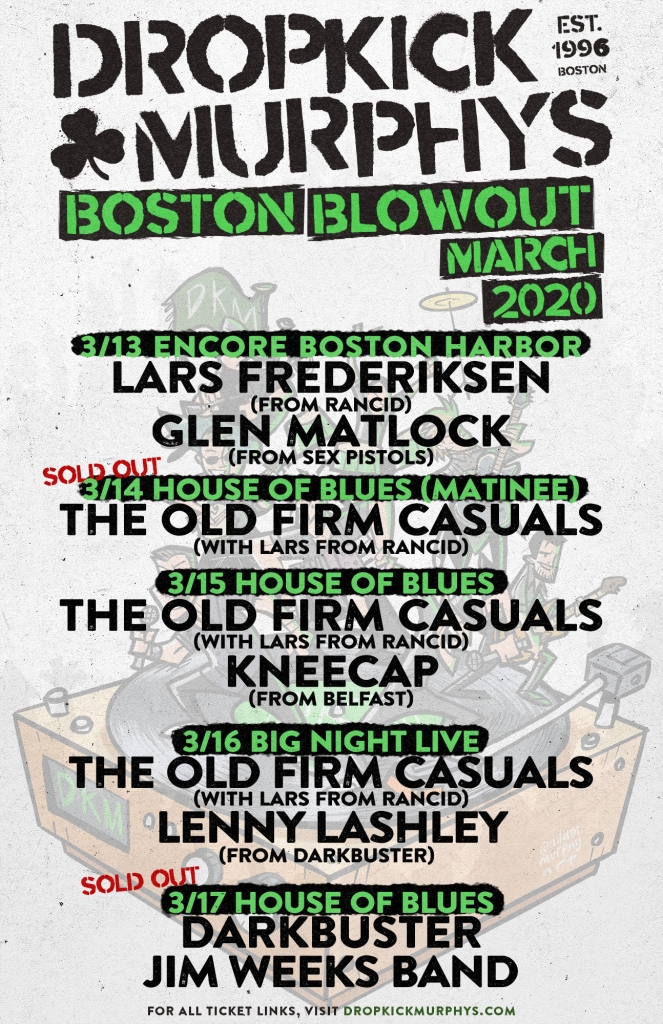